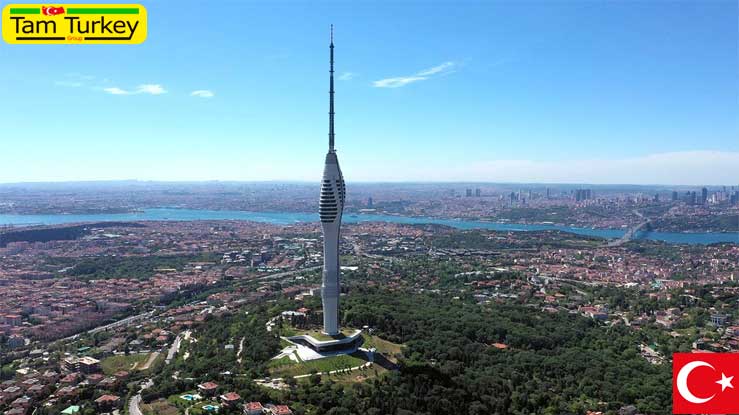 More than 560,000 people have visited the Çamlıca Tower

on: June 02, 2022In: Entertainment places and shopping malls in Turkey, Introducing the regions of Turkey, Tourist and tourism, Turkey InformationNo Comments
Print Email

More than 560,000 people have visited the Çamlıca Tower

More than 560,000 people have visited the Chamlija Tower in Istanbul since it opened on May 21, 2021, said Transport and Infrastructure Minister Adel Karasmailoglu.

Located on a hill in the Oskudar district overlooking Turkey’s largest city, the state-of-the-art tower has the capacity to broadcast 100 FM radio programs simultaneously.

In a statement, Karasmail Oglu said the Chamlija Tower, with its gift shops, other shops, cafeterias and viewing terraces, contributes to Istanbul’s economy and tourism, noting that it is the tallest tower in Europe.

“Chamlija Tower has now become one of the hottest tourist attractions in Istanbul, attracting both city residents and tourists,” the minister said.

“During the Eid al-Fitr holiday, which is the end of the holy month of Ramadan, 19,176 people visited the tower,” said Karasmail Oglu.

According to the information provided on its website, the tower has an annual capacity of 4.5 million visitors.

The cost of a tower ticket for adult foreign visitors is 200 Turkish lira ($ 12), while a quick ticket for foreigners is 300 lira.