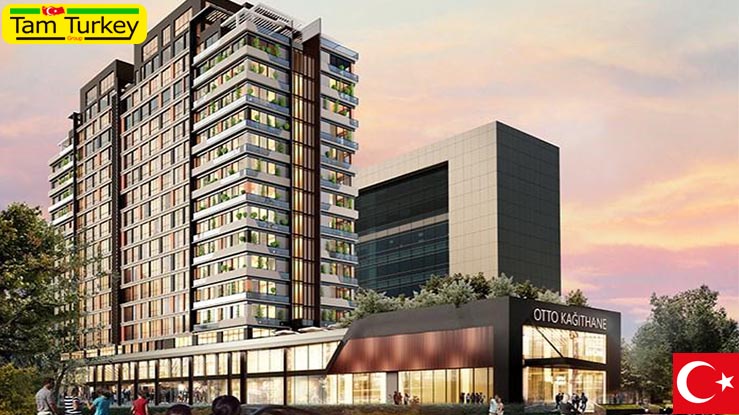 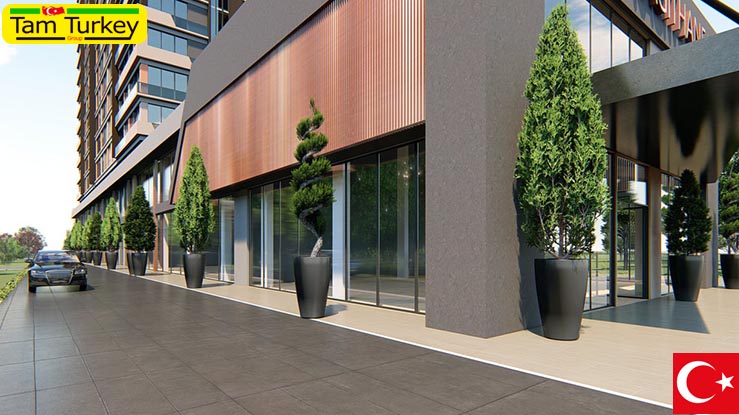 Otto Kağıthane Istanbul project is located in the European part of Istanbul, Kite Hane neighborhood. This project can be a suitable option for you with easy access to the main highways and public transportation system. 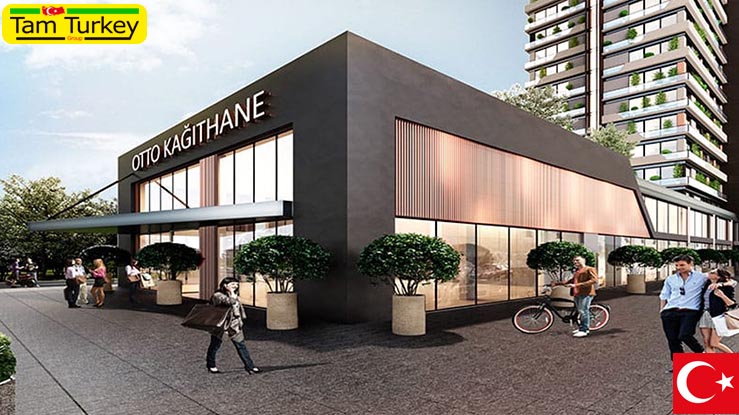 Living in a beautiful and popular neighborhood

Istanbul Otto Kağıthane project Otto Kağıthane Istanbul, own a house at the most appropriate price, with a great location and with the facilities of a modern residential complex according to your capital.

This project is built in the center of Istanbul on a land of 4400 square meters on 17 floors.

The neighborhood where the Istanbul Auto Kite Hane project is built is close to many universities and has attracted the attention of many investors with its proximity to the airport, hospital, shopping centers and major highways.

By living in this project, you can easily access Taksim, Kabash, Sisli, Majidieh Koi and Aminunu.

Otto Kağıthane consists of 228 residential units with 1 to 2 bedroom units with the following sizes.

To consult with the experts of Tamturkey, refer to this link

Istanbul Otto Kağıthane project Otto Kağıthane Istanbul, own a house at the most appropriate price, with a great location and with the facilities of a modern residential complex according to your capital.

To visit and get more information, contact the consultants.
Tamturkey Group is a real estate buying and selling consultant in Turkey

Tamturkey real estate sales consultants
Sales consultant and representative of prestigious and famous projects in Istanbul and Izmir
Sale of special and luxury units in all areas of Istanbul. cash, installments

Familiarity with Kağıthane area of ​​Istanbul

The name of Kaithaneh is taken from the paper factory that was built in this area during World War II.

In the past, Kaithane was a part of Sisli region, and over time and with the expansion of Istanbul, this part became an independent region.

This area had an old texture in the past, and that’s why the Istanbul Municipality has put the change of texture and renovation of the area on its agenda and renovated a large part of Kaithaneh with the participation of large builders, and this has caused many large construction companies. Tell this area and start building modern projects.

Due to its proximity to Sarir, Besiktas and especially Maslak neighborhood, which is of interest to many property buyers, this area has experienced rapid and significant growth and will have a very bright future for investment in the housing sector.

So, if you are thinking of a profitable investment and you intend to buy a house in Istanbul, don’t forget this area.

Kağıthane is rich in terms of tourist attractions, amenities, medical facilities, education, universities and schools, and it also has good shopping malls, of which AXİS Avm is the most famous.

Kağıthane has very favorable conditions in terms of public transportation system and in addition to buses and taxis, there is also a subway that brings comfort and well-being to its residents.

The M7 metro line passes through this area and the M2 metro line has several stations in the western part of it.
E5 and TEM highways pass from the north and south of this area.