BREAKING NEWS
Home Real Estate The Germans took over the construction of a 35-storey hotel and shopping center in Ankara! 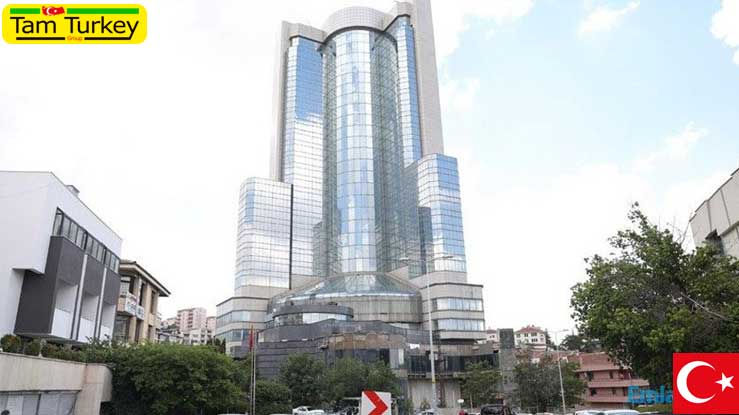 The Germans took over the construction of a 35-storey hotel and shopping center in Ankara!

The Germans took over the construction of a 35-storey hotel and shopping center in Ankara!

Construction of a 35-storey hotel and shopping center, which began in Ankara Cankaya, was stopped by the Bank of Germany. The owner of the building, Ahmed Hatat, issued a statement to the press, arguing that he had been wronged.

Are you planning to buy a house in Istanbul?

To buy a house in Turkey, contact the whole group of real estate consultants in Turkey

The long-running legal process for the Ankara کankaya Hotel and Shopping Center project, which was started in 1991 by businessman Ahmet Hatat from Ankara, has come to an end. Hatat, who started construction with $ 150 million of his own funds, signed a € 35 million loan agreement with a German bank due to financial problems.

Hatat, who used the $ 9.5 million loan, was allegedly in financial trouble because the bank wanted to repay the loan on time and he could not repay it. The massive project, whose rough construction was completed, was left unfinished as a result of a lawsuit against the Bank of Germany.

The court decides in favor of the Bank of Germany, the project was 35 floors of your bank!

The lengthy court process ended and it was decided to transfer this huge project to the Bank of Germany. After transferring ownership of the building to a German bank, a businessman, calligrapher, who entered the building with law enforcement officers during law enforcement proceedings, told members of the press here: “I had to borrow from a German bank. I finished 75% of this place with the money I spent.

I borrowed 35 million euros to complete the rest. We used this money, there was nothing in Ankara at that time. There were no suitable hotels or shopping malls. The loan I took was an 8-year loan. “There was an 8-year loan two years before the first installment was paid,” he said, and they received a letter.

In the letter, he stated that the loan had been stopped and that in the evaluation letter they received, believing that the construction would not be completed, he asked the German bank Hattat to sell the hotel to them or repay 9.5 million euros. Part of the loan he had used. The trial, which began at the time, ended today after the calligrapher said he would not sell the hotel, and the hotel was officially transferred to the Bank of Germany.

Buy a property or house in Istanbul