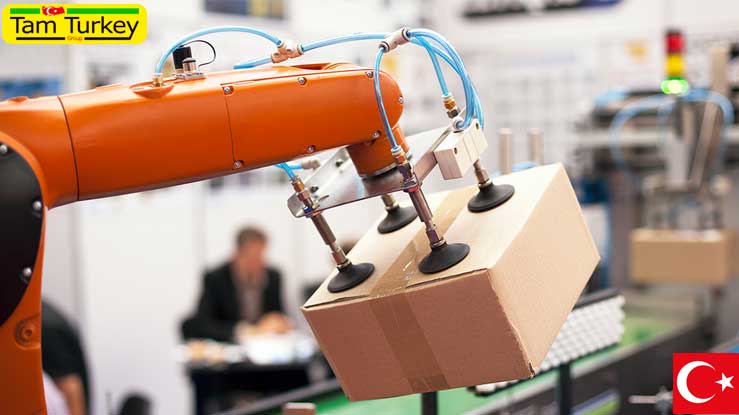 There was a net 99.2 million SF of industrial space absorbed in Q4 – the strongest quarter on record – and 203.7 million SF absorbed for the year, a 27% increase over 2019’s net growth. An array of evidence supports the consensus that the lockdown was an accelerant that gave several trends in commercial real estate a push.

Despite damage to the labor market, national and world economies, companies positioned for e-commerce have won a dramatically increased share of total sales. Consequently, skyrocketing online sales have intensified already-strong demand in key markets for big-box and last-mile distribution facilities.

Lee & Associates further reports record-setting inbound cargo is straining U.S. ports, and officials nationwide are steaming ahead with expansion plans. As the year ended, dozens of container ships were anchored off the Los Angeles-Long Beach port complex waiting weeks for berths and with more ships arriving daily. Amazon’s growth represents 10% of all leasing volume, but Target, Walmart and a number of major general merchandisers were stepping up their leasing activity along with Home Depot and others in the home improvement sector. Radial, a competitor to Amazon, leased a 760,000-SF building southwest of Atlanta.

Amazon, however, is planning development of a multi-story facility of some 3.8 million SF in Pflugerville, Texas. The industrial market’s strength has not escaped the notice of developers as more than 330 million SF are under construction, a record, with 93 million SF getting underway in Q3. Since deliveries will slightly exceed current demand, the national vacancy rate will tick upward to more than 6% for most of 2021. About 180 million SF are slated for delivery in the first half of 2021. Major national distribution markets Dallas-Fort Worth, Atlanta, Lehigh Valley, PA, San Antonio, Austin, Phoenix and Southern California’s Inland Empire counties of Riverside and San Bernardino have led the way in net absorption, says Lee & Associates.

Unlike leasing volume, sales remain below the record levels seen in late 2019 through the first quarter. Institutional investors as well as REITs and other public buyers, which continue to be attracted by the sector’s strong performance, emerged as the only net buyers through the third quarter. Although private equity investors also were active through the summer months, private buyers and owner/users have been net sellers throughout the year. Transaction volume increased 30% in the third from Q2, reaching $17 billion. Industrial’s strong fundamentals notwithstanding, cap rates are expected to trend upward, and pricing momentum is anticipated to downshift from its prior year annual pace of 5% as investors and lenders grow more cautious and risk premiums widen.