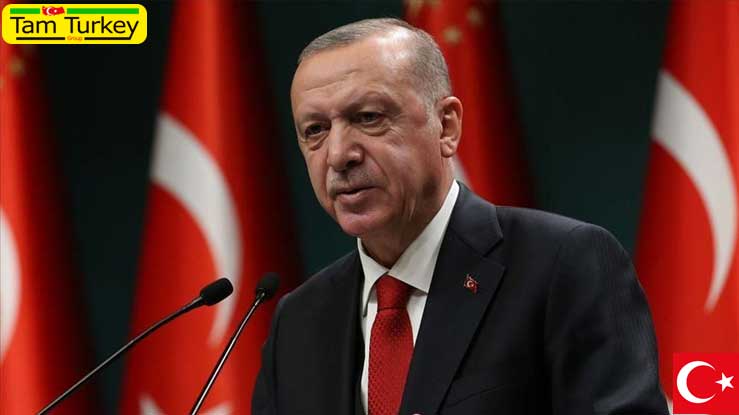 Turkey and the UK are set to sign a landmark free trade agreement on Tuesday, Turkey’s president announced after a Cabinet meeting.

“A new era begins starting in 2021, one in which both Turkey and the UK will win,” he said.

“Once again, I want to emphasize that Turkey will achieve its goals thanks to its economic system established by production, employment, and exports,” Erdogan said, underlining that as of Dec. 25, Turkey’s annual exports hit $166 billion, shooting past the country’s targets for all of 2020.

“We are closing our current account deficit with high value-added investments and reducing our need for external financing,” he said.

The hopes of the Turkish people, like all over the world, are focused now on vaccines for coronavirus, said Erdogan, adding that there is no way Turkey would fall behind on vaccine supply and development efforts, and will carry out the normalization process together with the whole world.

For this purpose, he said, all efforts to develop vaccines, regardless of their origin, are being closely monitored.

Erdogan said they expect the first batches of coronavirus vaccines ordered from China to be delivered to the country before the New Year.

On Sunday, Turkish Health Minister Fahrettin Koca announced that a shipment of Chinese-made vaccine to Turkey was postponed for “one or two days” due to the discovery of a novel coronavirus case at Beijing customs.

The first batch of three million doses of the SinoVac vaccine was due today.

“We are committed to providing more than one vaccine of our own production to the service of our nation as soon as possible,” the president said.

In addition to the Chinese vaccine, he said: “We hope that the vaccine from Germany [Pfizer-BioNTech] will reach our country in January.”

But, he added, “We place the main importance and priority to our own vaccines, which we develop with both traditional and innovative methods.”

“Thanks to the high-tech infrastructures that we have established over the last 18 years and the efforts of our scientists, as of now we are successfully conducting eight separate vaccine studies. One of them has reached the final stage. Some of the others are about to reach the same stage,” the head of state said.

He urged the public to continue to follow protective measures to fight the pandemic.
Anadolu Agency

What is a TAPU cancellation case and how to open it?

rents and housing prices are rising

What is a Property Expertise Report in Turkey?

What are the rights of the tenant when the house is sold?

Buying and selling more than 1.5 million properties in the first 6 months of this year in Turkey

What is a TAPU cancellation case and how to open it?